Wow. Chaos has been a word for my life... since the Chaos Cup. One of these days things will settle down enough for me to relax and enjoy some hobby time. Until then, I suggest you read Tristan's excellent coverage of his Chaos Cup games and experience because my rundown won't be anywhere near as detailed. In fact... here it is:
So there it is. The quick and dirty version. Didn't win anything with the exception of the Skavenger Hunt prize which my league mates and I took home. I like BB events but this two-day one was rough on me. I could bitch about the two games I lost due to my opponent playing slow but that wouldn't serve much purpose and it's likely I would have only lost the game or tied it up. Still a lot of fun and I am looking forward to next year's event.

In other news... got home and started working on my Warriors of Chaos WHFB models. First up was this big boy: 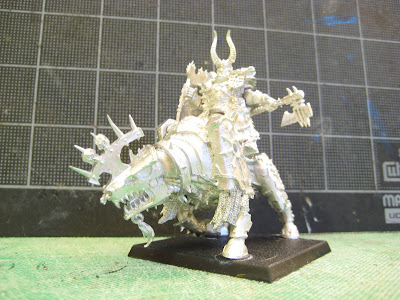 I really like this model and I hope I manage to paint it in a way that does it justice! Going to be a challenge for sure. I'm still toying with my paint scheme but I did complete one test mini for what the Warriors in the force might look like. This one is a unit champion perhaps? 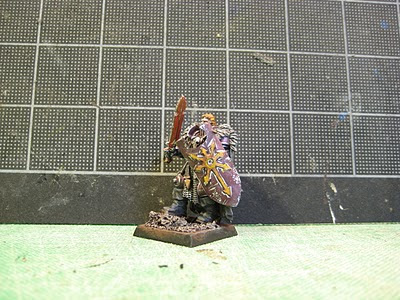 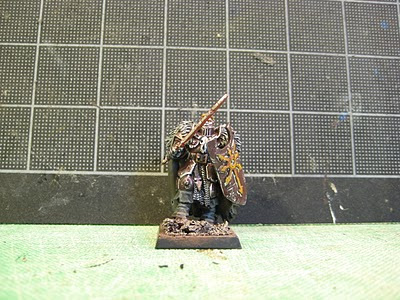 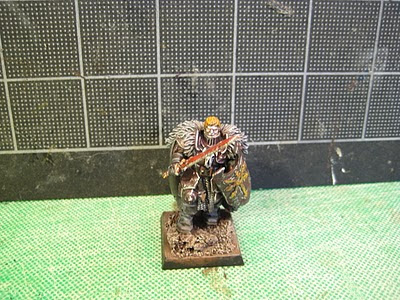 I am happy with these initial results but skeptical on spending this amount of time on 30-40 models. I plan on adding some fresh blood spatter to the shield and the base isn't complete but you get the idea. Thoughts?

Still plodding along with my Dunger Chaos Dwarfs in the new KUBBL season. Lost my last game 0-1 against Dwarfs after coach Beaux pulled out some super dodge manuevers, didn't roll any 1's, and pushed my ball carriers down twice as they attempted to run into the end zone. Not a great game for the Chaos Dwarfs and next up is the leagues only Slann team. We'll see how that fares... in the meantime here are a few more pics of the team: 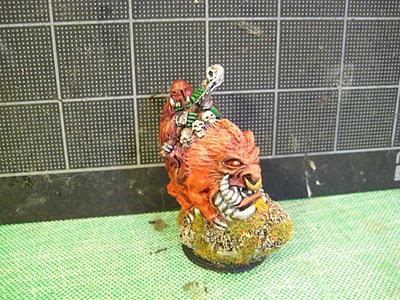 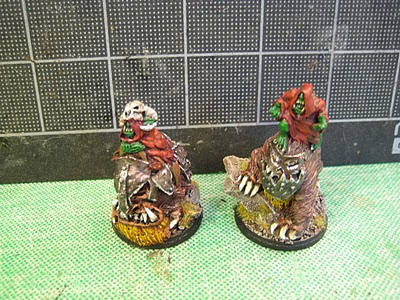 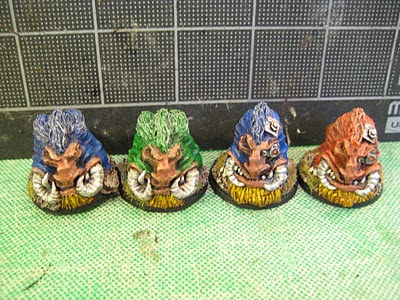 Four of the "chaos dwarf blockers" 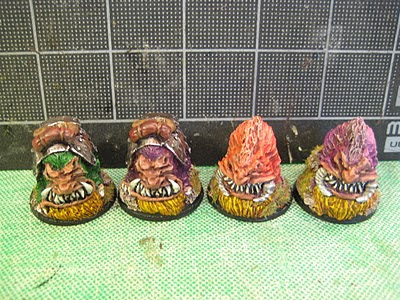 The other four "chaos dwarf blockers" 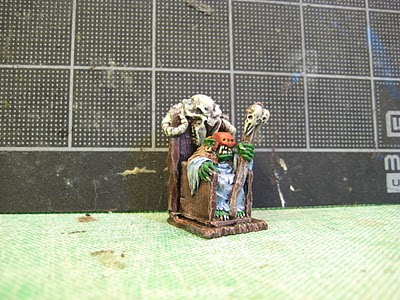 Off to the Chaos Cup!

Yeah! Chaos! Cup! Headed out to the Chicagoland area for three days of nerds and Blood Bowl. Bringing the Nurgland Germs out for this one. My roster isn't too mind blowing but in case you wondered what it is: 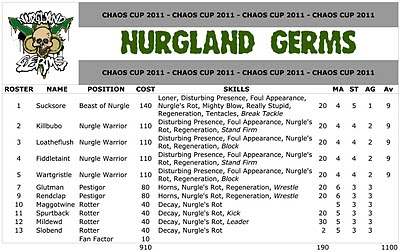 Yup. One reroll from Leader. On a Rotter. Should be fun! Look for a tournament report later on...
Posted by Randroid 4 comments:

Sorry for neglecting you blog. My hobby life has been full of sadness and I didn't want to share that with you. My large preorder for the new Ogre Kingdoms book and models was canceled and now I am awaiting the refund for the models I paid for to buy more stuff. Sad times. Then I went to the LGS to pick up the new book and walked in at the exact moment they were selling their last copy to another person.
With all of that on my mind I have decided to wait on my Ogre expansion and focus on my lonely and deprived Warriors of Chaos. Expect to see some WIP updates of them in the coming months as I Khorne out with the metal headed dudes.
In other hobby news... our new relaunch of KUBBL starts next week and I am working to finish my Chaos Dwarf team. This one is called Dunger Mifflin (yeah, yeah it's an Office thing). Here is a quick and dirty WIP pic of the group taken on my ipod: 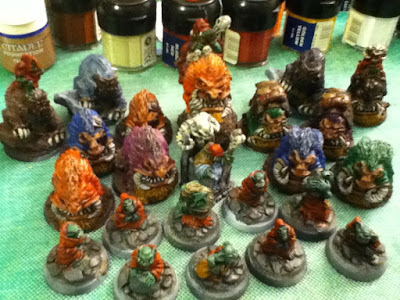 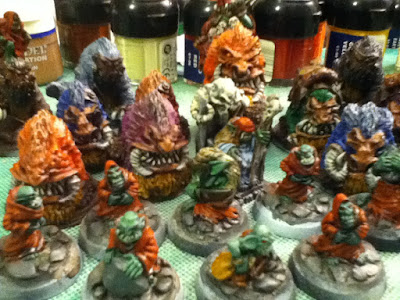 I am really liking how they are turning out. I had to clip the bases off and do some slight modifications to make them fit on to 30mm bases for Blood Bowl, but the random color schemes I am painting them in are turning out nice. The best part is it gives me a chance to practice a lot of painting fundamentals I have been neglecting for a long time. Hopefully they will do well on the pitch!
Next Friday is the Chaos Cup in Chicago! I'll be taking the Nurgland Germs and I just sent in my final roster today. It's a two day event and I don't expect to win too many games but I am hoping for a fun time.
That's all I got for now! Hope to get more content added here soon, including better pics of the finished Dunger Mifflin "dwarfs" as they are completed.
Posted by Randroid 5 comments: