I'm still alive! Honest!! We finished the building, move, and set up of our new co-operative grocery store and opened the doors on May 31st. The past two weeks have been just as crazy as I had to figure out the logistics of how our new store operates and ensure we had plenty of product for our new customers to buy. All that is going well so I hope to get back to some hobby related items soon.
Quick re-cap of what happened last month: 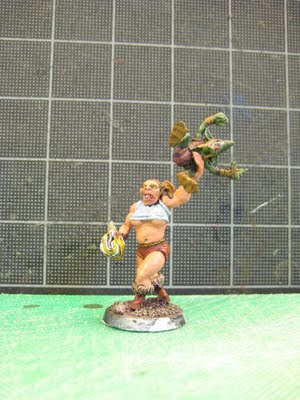 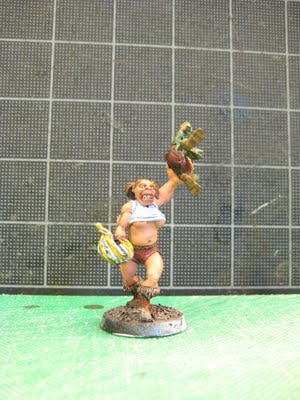 I like the way she's turning out. Not bad for a model that was missing an arm when I got it!
We're in the middle of a bit of a KUBBL downtime for the summer, or possibly due to lack of interest, but I have to get a team together for ZlurpeeBowl next month and that may involve some additional painting. Or maybe I will just take my Ogres and lose all weekend.. who knows?!